STAY INFORMED ON THE CULTURAL ISSUES OF TODAY

We air a number of programs on the Mars Hill Network that help keep you informed on the cultural issues of today & give Christian commentary on those issues using sound biblical doctrine.  However, in a growing digital world, we want to provide our listeners & the body of Christ with a hub of resources on our website that accomplish the same task.  As you may notice, many of our resources come from some of our programmers.  In addition, we look to add more resources from other ministries who aim to take on cultural issues through a Christian lens.  Take a look at many of the resources below from Christian ministries informing you on the cultural issues of today:

New Yorkers for Constitutional Freedoms (NYCF) exists for the purpose of influencing legislation and legislators for the Lord Jesus Christ.  Founded in April 1982, NYCF has spent decades serving as a statewide lobbying organization on behalf of the Christian community. NYCF focuses its efforts on the New York State Legislature, where the organization works to achieve public policy objectives that are consistent with Biblical ethics and with the principles of the United States Constitution.  Albany Update’s radio program airs weekdays, twice a day in the morning on the Mars Hill Network. 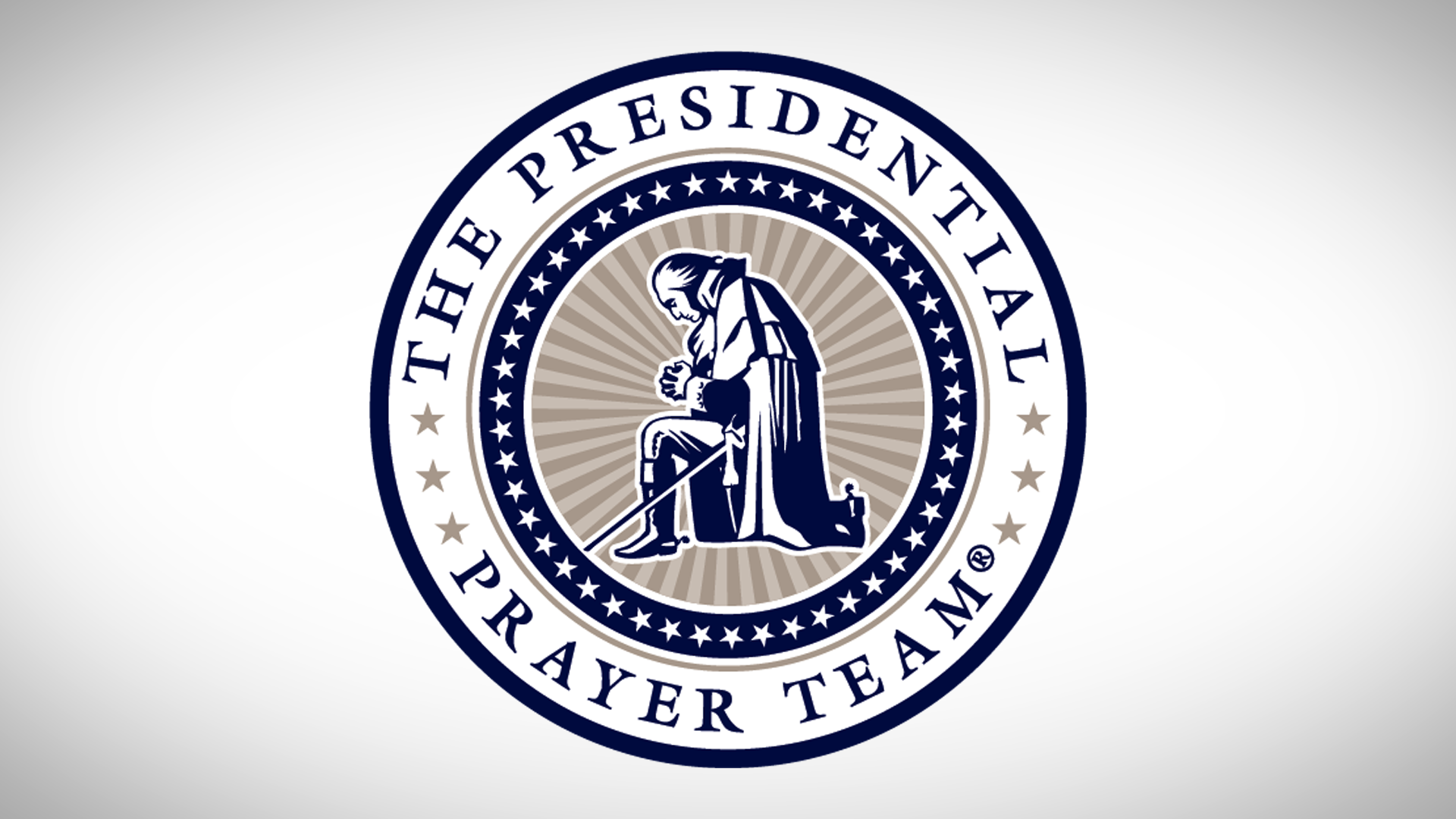 Since 2001, The Presidential Prayer Team has been the source thousands of Americans have turned to for encouragement and inspiration to pray for America’s leaders.

Presidential Prayer Team is a national ministry dedicated to a focused mission of encouraging, inspiring and praying for our president and national and military leaders.  They also seek to be a catalyst in the development of a robust prayer lifestyle, by providing tools to encourage prayer – through email, web, mobile phones and other communication tools.  Ultimately, they believe that prayer will transform our nation, one heart at a time. 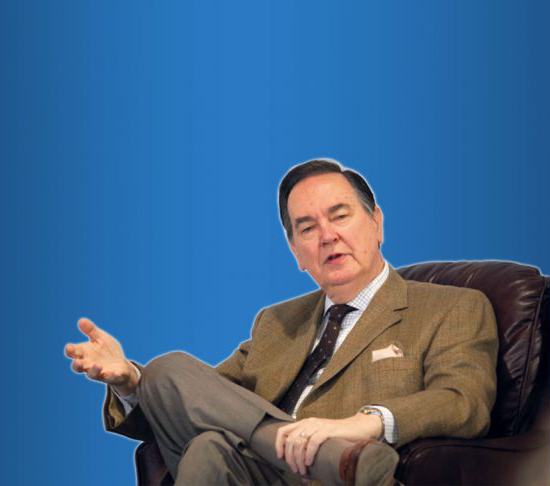 Cal Thomas — America’s #1 syndicated op-ed columnist —  delivers a 90-second daily commentary on the nation’s breaking news headlines & issues of today. His no-nonsense style and uncanny ability to cut through the spin has earned him the reputation as one of the country’s most influential radio commentators.  You can access transcripts to Cal’s commentary below.

Founded in 1983, Family Research Council is a nonprofit research and educational organization dedicated to articulating and advancing a family-centered philosophy of public life. In addition to providing policy research and analysis for the legislative, executive, and judicial branches of the federal government, FRC seeks to inform the news media, the academic community, business leaders, and the general public about family issues that affect the nation from a biblical worldview.  Washington Watch is a short audio feature from FRC President Tony Perkins, bringing you up-to-date news and commentary each day from a Biblical perspective. It airs every weekday morning right here on the Mars Hill Network.  FRC also has Washington Watch in video format as well, which can be accessed below. 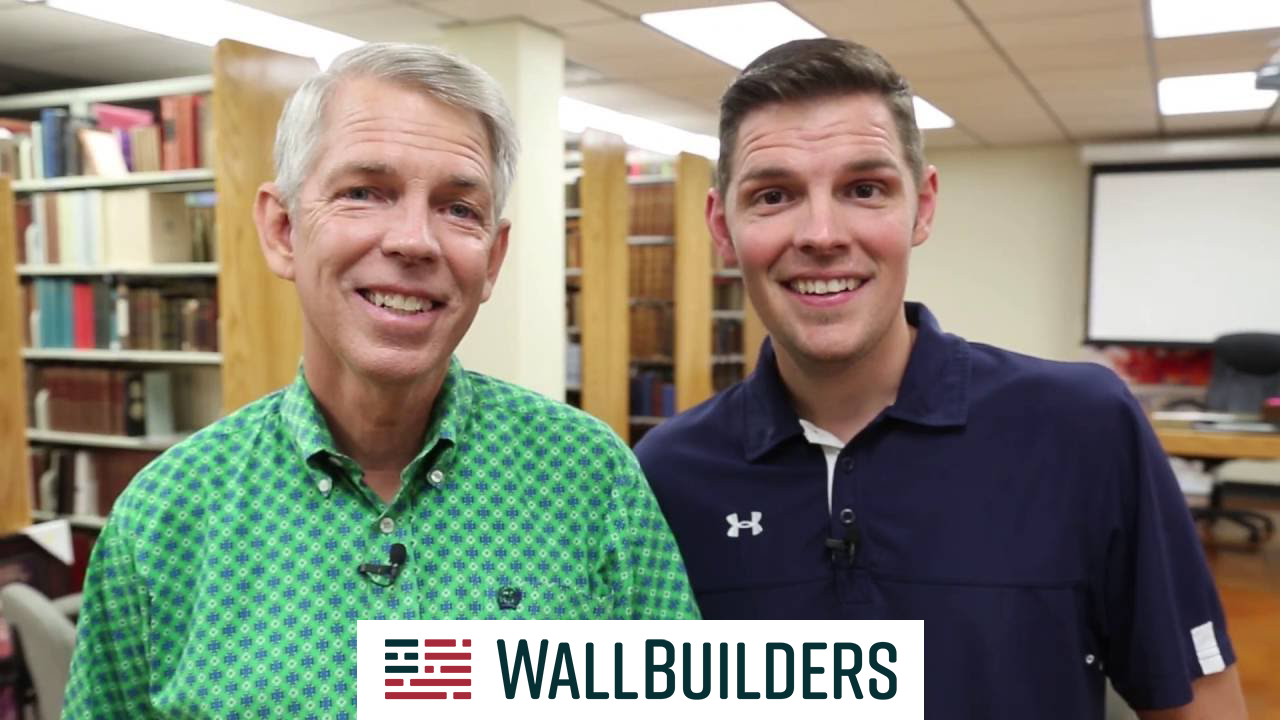 WallBuilders is an organization dedicated to presenting America’s forgotten history and heroes, with an emphasis on the moral, religious, and constitutional foundation on which America was built – a foundation which, in recent years, has been seriously attacked and undermined. In accord with what was [so accurately] stated by George Washington, they believe that “the propitious [favorable] smiles of heaven can never be expected on a nation which disregards the eternal rules of order and right which heaven itself has ordained.”  WallBuilders has a vast library of historical resources that help others learn & understand more about our nation’s history and how it relates to our Christian faith, some of which can be found below.  WallBuilders also has a radio program that we air on the weekends. 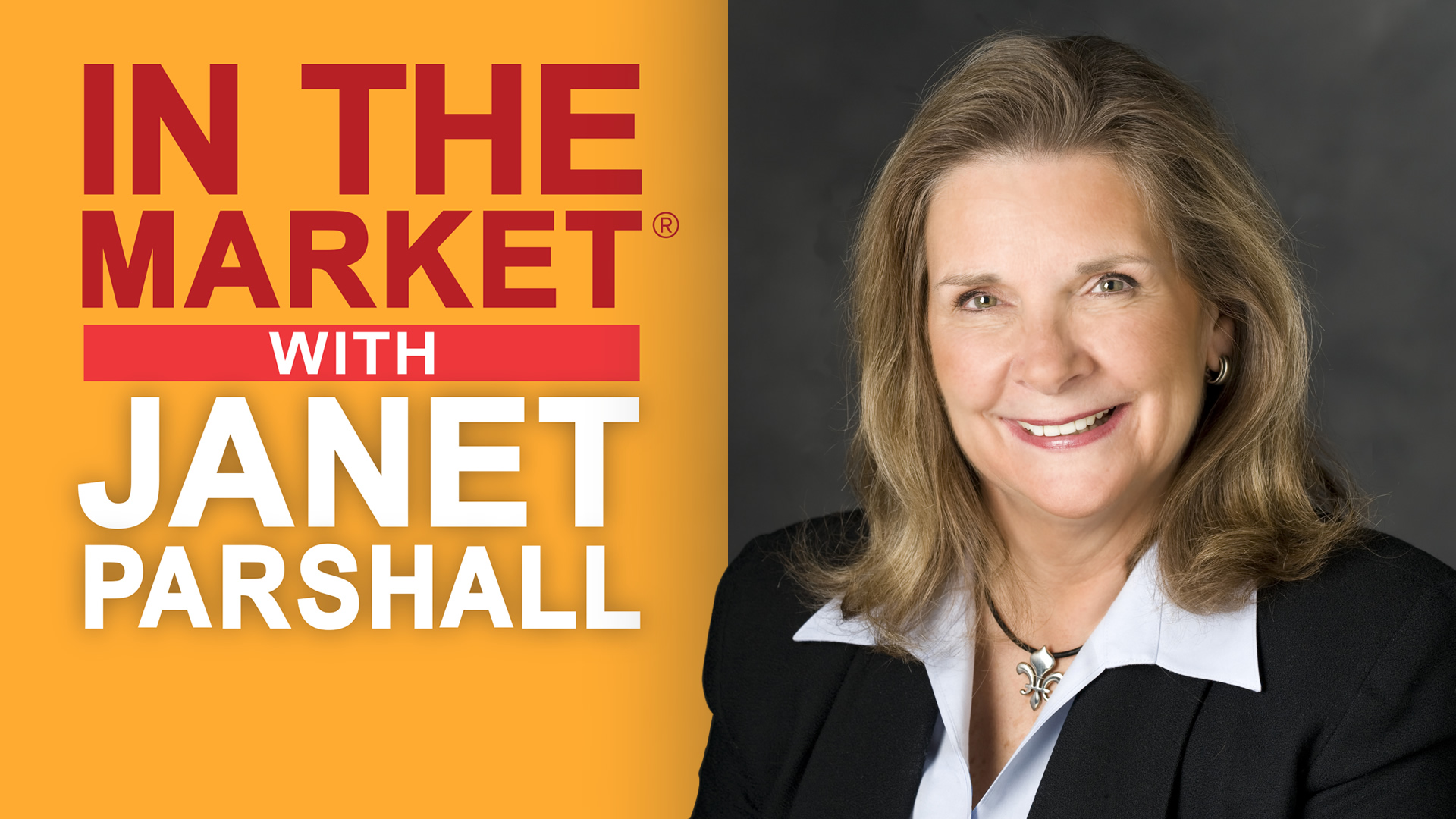 In the Market – Janet Parshall

In the Market® with Janet Parshall challenges listeners to examine major news stories and issues being debated in the marketplace of ideas and speaks to them with the Word of God. In this fast-paced, caller-driven program, Janet evaluates newsworthy topics with guests and listeners using the Bible as a framework for discussion. This daily program addresses relevant issues important to Christians, with an engaging mix of listener interaction and commentary from highly respected guests.  You can listen to some of Janet’s past episodes of In the Market in podcast format below.  Janet’s podcast has also been formatted for the radio in a program we air on MHN called “Best of In the Market”.

LATEST PODCAST EPISODES FROM IN THE MARKET

In the Market with Janet Parshall

On The Legal Edge, Pacific Justice Institute founder and president Brad Dacus gives up-to-date commentary on the week’s biggest issues pertaining to religious freedom and other civil liberties.  To learn more about Brad & the Pacific Justice Institute, go to www.pacificjustice.org.  The Legal Edge also has its content available as a podcast, which can be accessed below.

Salem Radio Network is a United States-based radio network that specializes in syndicated Christian political talk, music, and conservative secular news/talk programming.  Their news headlines pertain to many Christians today as they focus on news stories that deal with different aspects of the Christian life as well as keeping the public informed about what’s currently going on in our world.  You can access their latest news headlines below.  You can also hear the latest news headlines multiple times a day on the Mars Hill Network in our news & weather blocks. 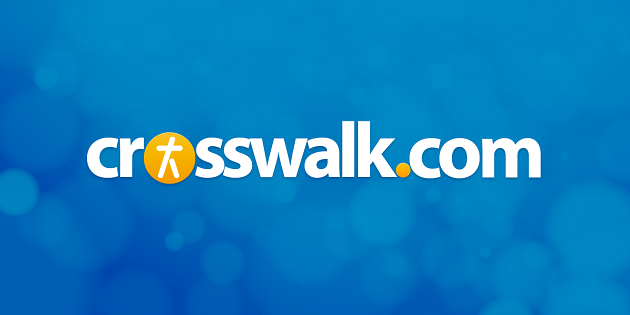 Crosswalk.com, an online Christian living magazine, is brought to you by a group of writers, editors, and content producers seeking to provide applicable, educational, and entertaining content to followers of Jesus Christ regardless of where they are in their respective spiritual journeys.  They believe that the Christian faith isn’t just for Sunday mornings in church; our faith informs every issue we face every day of the week.  They provide content to people who are seeking to determine what living Christianity day-to-day means in their own lives.  Check out their most recent content below.

Jim Garlow speaks boldly in his daily 1:00 feature where he describes issues of righteousness: biblical values of religious freedom, pro-life, biblical marriage between a man and a woman to name a few.  He tackles timely cultural issues of the day as a way to underscore biblical truth in a time when too often truth is exchanged for tolerance and a lack of courage.  Jim Garlow leads Well Versed, a ministry whose objective is to help leaders (government official and layman) grapple with contemporary issues from a foundation of biblical truth. The daily feature provides audiences with a deeper understanding of issues that matter for today—and for the future.   Previous broadcasts from The Garlow Perspective will be made available here soon, but if you’d like to hear Jim Garlow’s commentary, check out his Well Versed podcast below.

The Washington Stand is Family Research Council’s outlet for news and commentary from a biblical worldview. The Washington Stand is based in Washington, D.C. and is published by FRC, whose mission is to advance faith, family, and freedom in public policy and the culture from a biblical worldview.  News stories they report cover topics involving abortion, corporate activism, legislation & culture.  You can access some of their most recent articles below.

WE’LL BE ADDING MORE CULTURAL RESOURCES FOR CHRISTIANS TO THIS PAGE IN THE NEAR FUTURE. 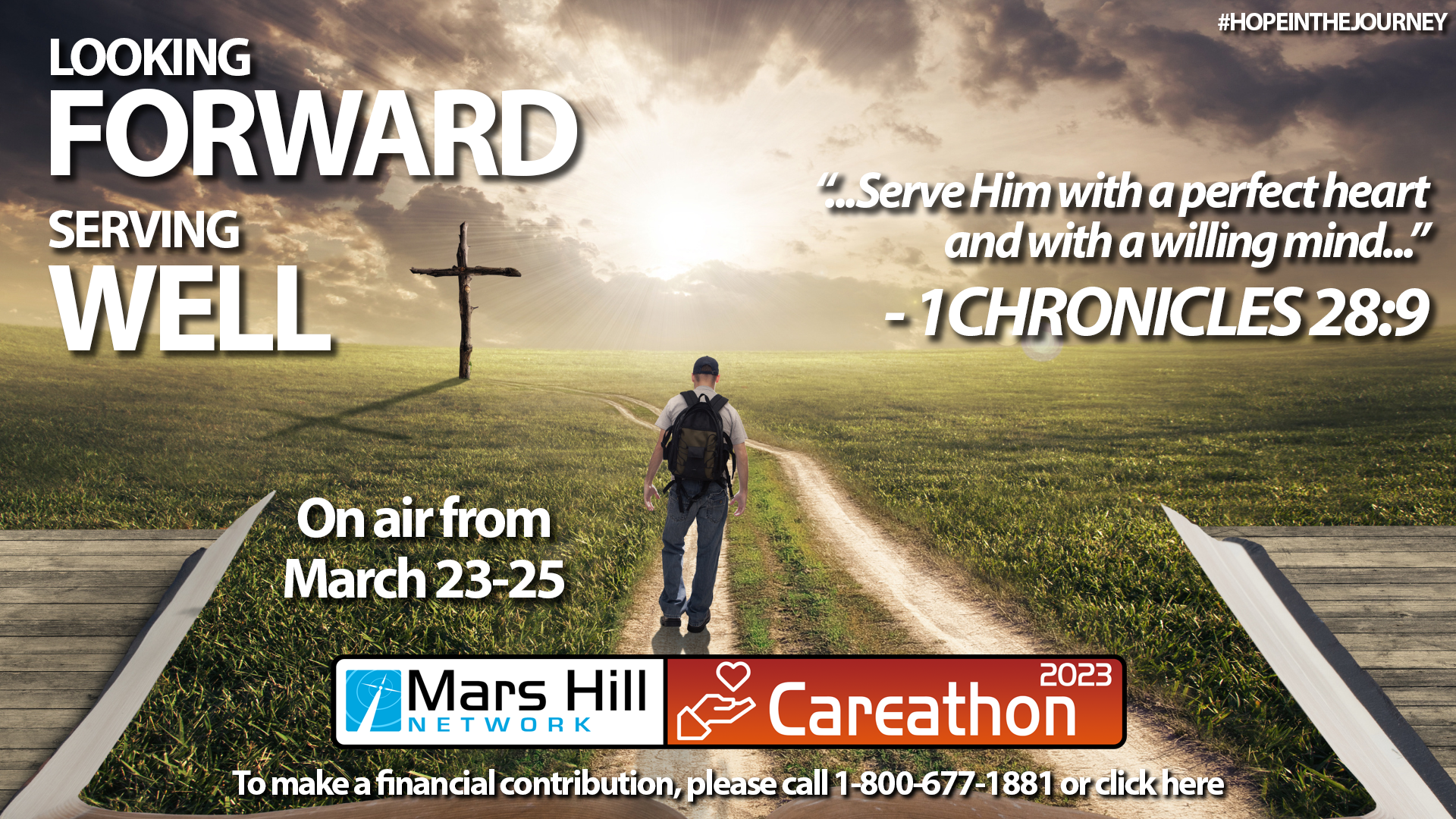 And the LORD spake unto Moses, saying, This shall be the law of the leper in the day of his cleansing: He shall be brought unto the priest: And the