This past week my daughter Jill and I enjoyed a four day camping adventure at Fair Haven State Park. Fair Haven camping and beach trips have been a tradition in the Wayne Taylor family for a good many years now, and prior to that, a regular staple in my own childhood.

We had never camped in the “Drumlins” area. We had a fold-down camper (or pop-up) and camped on the bluff in the loop. In recent years, after reverting back to tent camping, we secured sites on the bluff overlooking Lake Ontario in the “Lakeview” area.

The “Drumlins” camping was going to be new to us. Last year we scouted the grounds and found an area that we liked, and wrote down a group of camp site numbers. During the winter months I made reservations on-line. Sometimes that is necessary to reserve a site, other times just convenient.

During those great four days Jill and I enjoyed a great site with pine trees and woods, and just the right amount of sunshine. The trees was perfect for shade and stringing a clothes line. Our cabin tent and screen house had plenty of room to sit. A neat picnic table area and fire ring topped everything off.

A hike below the bluffs gave us plenty of fun exploration. We sat on drift wood logs along the pebbled beach, built a few rock towers, swam in the clear waters with a welcomed sandy bottom just off shore.

We collected a few colorful stones, swirling and layered pink and gray and brown, red and orange and white. The bluffs from below were oddly scary. We felt we could be buried alive in a moment of time if the bluff soil and rocks gave way.

The beach was clean…no seaweed. The water clear and warm. The sun was hot. We swam and enjoyed being sun-dried like a couple of raisins. One evening we watched the tail end of the sun going down over the lake. Another day we picnicked at the park picnic grounds. We stayed from morning till late afternoon.

We both read books. I had one on apologetics, but during this R & R time, I read the classic Hans Brinker or the Silver Skates by Mary Mapes Dodge. What a great mental adventure to Holland in the 19th century it was. I would doze and images of dikes and canals and windmills would visit my thoughts.

The eating was great. Perked coffee in the AM started our day. Cooking breakfast over the propane stove, dinners over the portable charcoal grill. Snacks around the campfire. Never to be forgotten.

We reluctantly tore down camp late morning of the fourth day. Packed the car with great care and strategic planning so as to fit everything in. We said our goodbyes to site 316 as I turned the cars ignition key… only to hear a growl and a series of clicks. My battery was dead. How could this be? I have yet to come up with a reason for the dead battery …but perhaps it was just to invite a camping family to listen to Mars Hill and offer a station locator card while the Mom and her young son unhooked the jumper cables from her vehicle as I unhooked the opposite ends from my now running (gratefully) car.

Perhaps, just perhaps one “jump start” led to another…a “spiritual jump start” that would start a journey to Heaven. 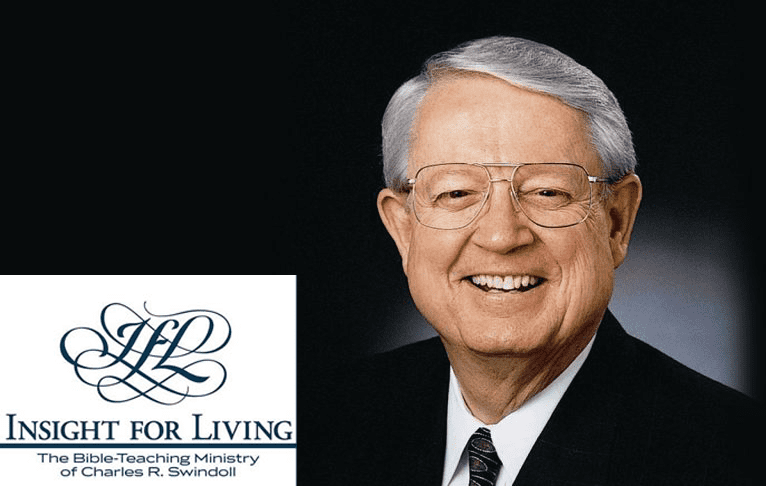 Charles R. Swindoll has devoted his life to the accurate, practical teaching and application of God's Word. Since 1998, he has served as the founder and senior pastor-teacher of Stonebriar Community Church in Frisco, Texas, but Chuck's listening audience extends far beyond a local church body. CLICK READ MORE TO VIEW OLD PODCASTS

Wayne Weekly “A Morning to Be Remembered”